Nuclear sabre-rattling in North East Asia: Can Godzilla be tamed? 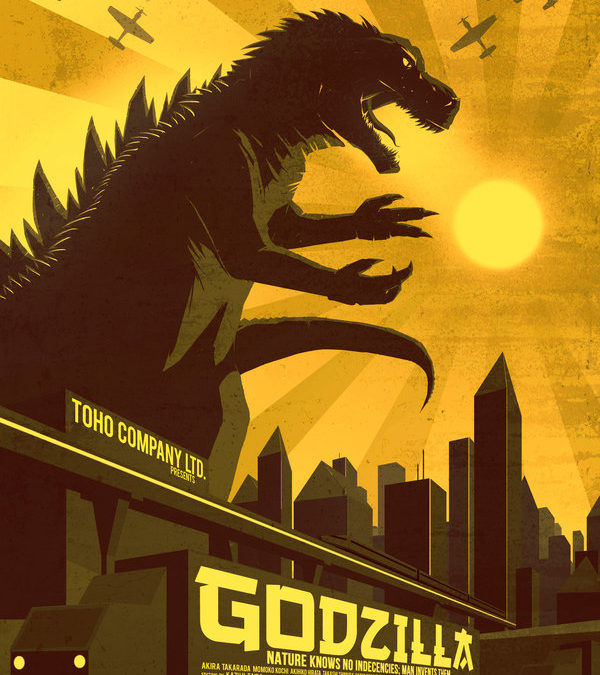 [Author’s note: Tensions and nuclear threats between North Korea and USA/Japan/South Korea have increased in recent weeks. This is a reprint of an article I published in 2013 when there were similar tensions and threats. The ideas in the article are again very relevant. This article is also available in: French, Portuguese.] 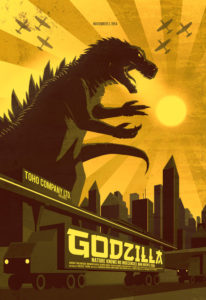 Godzilla, a giant monster mutated by nuclear radiation, first appears in a 1954 Japanese science fiction movie by the same name, ravaging Japan in a symbolic warning about the risks of nuclear weapons. For a couple of decades Godzilla was very popular, appearing in more than 28 films as well as many video games, novels, comic books, and a television series. Then, as a fragile détente developed in the region, Godzilla sunk below the waves of the Pacific Ocean.

In recent days Godzilla has reared his head again – threatening a nuclear conflagration. Tensions in North East Asia have risen to near boiling point. North Korea has tested another nuclear weapon and has also tested a ballistic missile that could possibly be used to deliver such a weapon. North Korea has also threatened a pre-emptive strike on the United States and annulled the armistice agreement that put a temporary end to the 1950s Korean War.

So, will a game of brinkmanship force North Korea to blink and back down? Or will it push the North into even more bellicose action leading to military conflict? Are there better ways to diffuse the situation and achieve a more secure and sustainable peace with North Korea? To answer these questions, one must look beyond the rhetoric of the autocratic North Korean regime – which like a proud peacock is displayed more to impress than to reveal reality – to the rationale of their actions.

From North Korea’s perspective, nuclear deterrence has become a logical response to their position as an isolated State surrounded by enemy forces and threatened in particular by the combined military might of Japan, South Korea and the United States. This includes veiled threats of ‘regime change’ and the possible first-use of nuclear weapons against them.

North Korea’s annulling of the armistice treaty has been trumpeted as a threatening act. Yet it arose from North Korean frustration at the US, Japan and South Korea repeatedly rejecting its requests for a peace treaty to officially end the 1950-53 Korean War.

In this context, backing North Korea into a corner will only push them into further actions to demonstrate their capacity to prevent an attack against their State. The latest threat of a preventive strike against the United States is taken directly out of the United States military doctrine to launch preventive strikes against States that might emerge as threats to the US.

None of this of course justifies North Korean bellicose behavior. North Korea is not  ‘right’ in what it does, but nor is the hypocrisy of the UN Security Council in imposing sanctions on North Korean or Iranian developments while ignoring the fully developed nuclear weapons programs of the five permanent members of the Security Council (China, France, Russia, United Kingdom and the United States) and also turning a relatively blind eye to the nuclear weapons programs of those States that are not parties to the Non-Proliferation Treaty (India, Israel and Pakistan).

The answer to dealing with North Korea is not to accept their sabre-rattling, but to understand it, and to find an approach that addresses their security concerns as well as those of the countries threatened by North Korea.

Such an approach has been proposed by a group of cross-party parliamentarians from Japan and South Korea. It calls for the establishment of a North East Asian Nuclear Weapon Free Zone (NWFZ) – similar to NWFZs that cover the Antarctic, Latin America and the Caribbean, the South Pacific, South East Asia, Central Asia and Africa.

A draft treaty released by Katsuya Okada (former Foreign Minister of Japan) proposes that North Korea give up its nuclear weapons and be subject to verification, but not unilaterally. Under the treaty, the other five nations, South Korea, Japan, Russia, China and United States, would also have to lower the role of nuclear weapons in their security doctrines. Specifically,

Nuclear Weapon Free Zones have been successful in eliminating the nuclear threat in a number of regions. A North East Asian NWFZ provides the best possibility for reigning in Godzilla and moving to a sustainable peace in North East Asia.