U.S. Senator Markey and Congress Representative Blumenauer have introduced the Smarter Approach to Nuclear Expenditure (SANE) Act, which calls for minimal deterrence (until global nuclear disarmament is agreed), which could be served by spending approximately 1/3 of the current nuclear weapons budget

However, even this moderate approach can only get the support of a handful of congress-members. Why? Because the United States corporations manufacturing nuclear weapons and their delivery systems are too powerful a force for even the moderate democrats to oppose.

They actively lobby congressional members to allocate additional funds for nuclear weapons, even during periods of nuclear disarmament, such as in the early part of the Obama administration (which negotiated the new START treaty with Russia). They elevate the nuclear threats to the United States in order to justify high spending on nuclear weapons. They support think tanks and other public initiatives to promote the ‘need’ for nuclear weapons maintenance, modernization and expansion. And they invest money in elections in opposition to nuclear disarmament advocates in the US Congress.

Cities, States, universities, religious organisations, banks and other entities have funds which they invest in the stock market in order to get a return for their institutions and constituents. Many of these are investing in nuclear weapons corporations.

One of these is Parliamentarians for Nuclear Nonproliferation and Disarmament, which has been working on nuclear weapons divestment since 2004. PNND members, working in cooperation with civil society partners, have been successful in moving the parliaments and/or governments of Lichtenstein, New Zealand, Norway and Switzerland to adopt policies to end (divest from) any investments of government funds (such as pension funds) from nuclear weapons corporations.

Building on this success, PNND is now working with Move the Nuclear Weapons Money to move additional non-nuclear governments to divest federal funds from nuclear weapons corporations, and to support civil society campaigners in nuclear-armed and allied states working to divest their city or regional/state government funds from nuclear weapons corporations.

US organisations which have become active more recently include the Future of Life Institute and Nuclear Ban US.

On 2 April 2016, Cambridge (Massachusetts) City Council adopted a resolution proposed by the Future of Life Institute to prohibit city funds from investing in nuclear weapons corporations. The institute has also produced a guide for nuclear divestment in the United States.

Nuclear Ban US, which was established in 2017 after the adoption at the United Nations of the Treaty on the Prohibition of Nuclear Weapons (TPNW), is calling for nuclear divestment in the United States as a way for cities, states and institutions to give effect to some of the treaty provisions despite the fact that neither the United States, nor any other nuclear-armed State, have agreed to sign the treaty.

The campaign is also making links with the growing campaign of divestment from the fossil fuel sector. In Germany, for example, some universities have already divested their endowment funds from both fossil fuel and nuclear weapons corporations. Move the Nuclear Weapons Money aims to strengthen this cooperation between the movement to prevent climate change and the nuclear abolition movement. 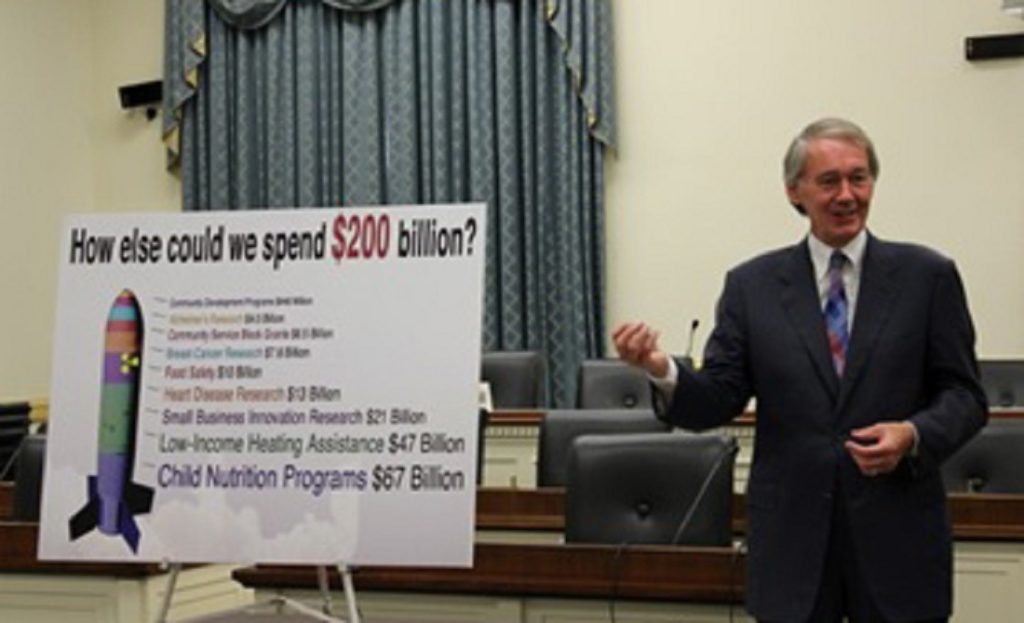